Secret Languages – Common/Mean Languages is a workshop series which explores the multiple (and often silenced/hidden) experiences and strategies young people use for dealing with the language of authority and power asymmetries. Focusing on the creative uses of everyday languages among youth in crafting alliances across differences and disagreements, the project will address the potentials of conflict in mobilizing and reinventing togetherness. The workshop series will be held 3 times throughout October 2017- March 2018 in various locations in Berlin, including Café Maggie/Gangway eV (Lichtenberg) and Alfred Nobel School (Neukölln). 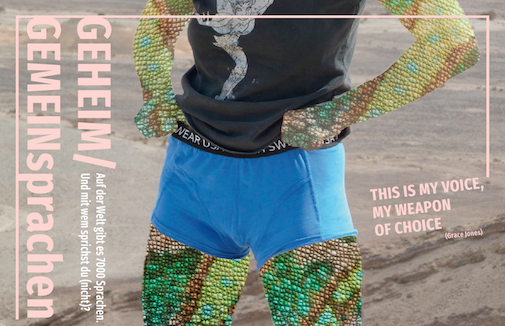 More about workshops and activities on the Caring-for-Conflict blog.

Gestures move faster than speech. And the signals of human body presence dominate and determine space. Come explore the unspoken codes and wordless translations of human interaction at the Saal Lun* with the Secret/Common/Mean Languages team.

Secret Languages – Common/Mean Languages is a project of Caring for Conflict, a cooperation of District and iQt, funded by: