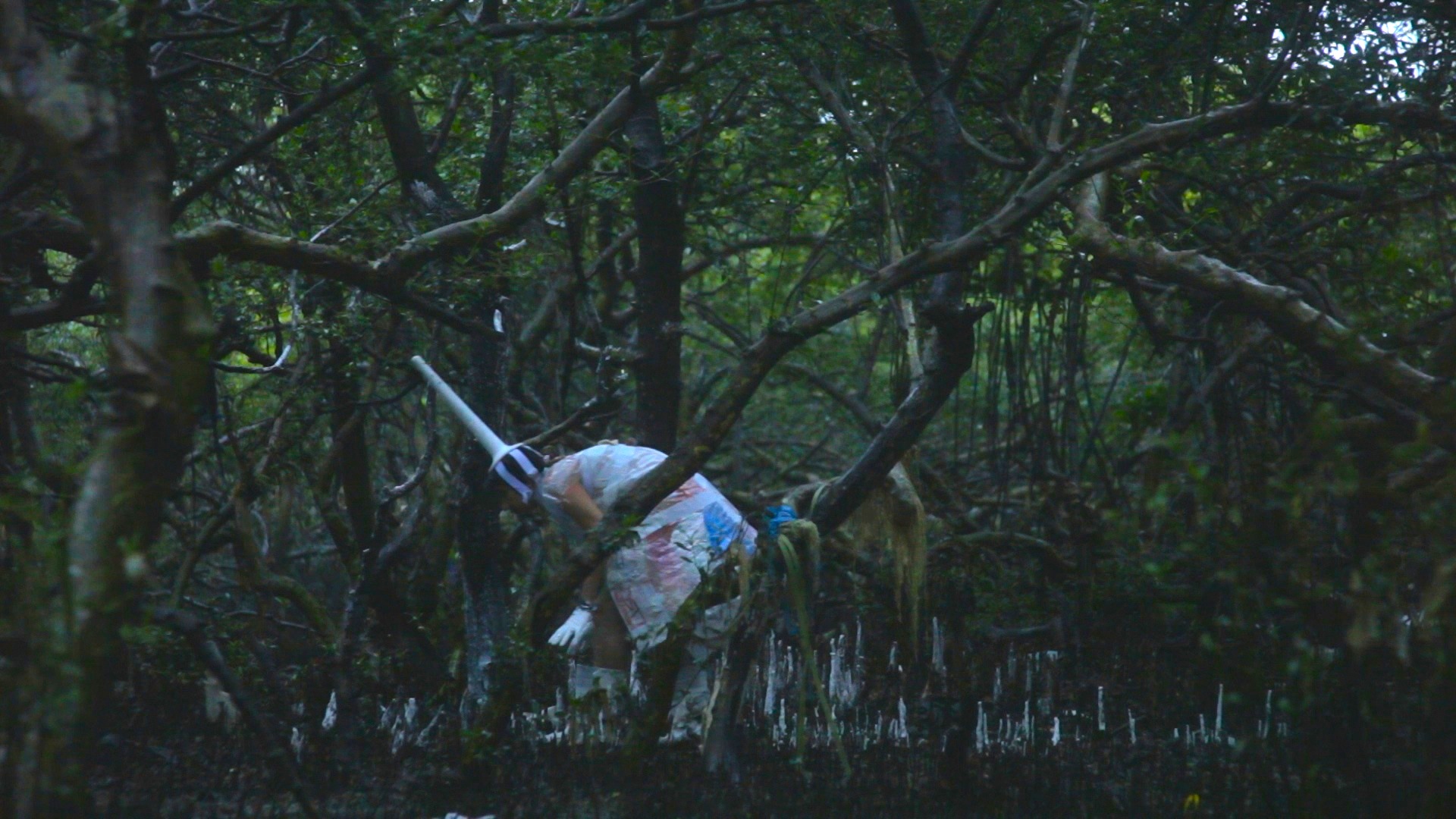 Berlin’s event series on the power of images, queer art, and politics comes to Stockholm. Begun at the NGBK Berlin in 2012, Bossing Images proposes “bossiness” as a framework through which to foreground the power relations that shape the production, reception, and circulation of art. These power relations are hierarchical, though never fully stabilized, and are at times saturated with desire. Focusing on images that engage with ambiguous genders, queer desires, freaky bodies, and the puncturing of other intersecting normative imaginaries, Bossing Images creates experimental scenarios through which to examine the social field of images, artists, audiences, critics, and curators, as well as questions of queer politics.

Intimate Procedures stages an encounter between Tejal Shah’s video Between the Waves and guests Wu Tsang and Andrea Thal. In this single-channel presentation of Shah’s larger 5-channel video installation, unicorn-like figures wander around in small groups performing sets of cryptic operations. They spoon with each other on debris-covered beaches, erotically stimulate each other on balconies, clean each other in oceans, and don black latex gloves to paint roots in mangrove forests. Shah’s work confronts us with a society and landscape that is at once otherworldly and palpably of our own world. Washing up on an unnamed beach somewhere in the global south, her figures seem both subjected to and erotically attracted to various kinds of trash.

There will be two screenings of Tejal Shah’s Between the Waves, at 7:00 pm and 7:30 pm sharp. The following live performance/discussion will start promptly at 8:00 pm.

Andrea Thal (Les Complices*) works on exhibitions, publications and artists‘ productions in various fields and in close and often long-term collaborations. Since 2006 she runs the independent space Les Complices* in Zurich. With Les Complices*, she has developed a program that is rooted in an understanding of queerness as a political and aesthetic practice and critically discusses and intervenes in social and political issues. She lives and works in Zurich, Switzerland.

Wu Tsang is a Los Angeles-based artist, performer, and filmmaker, currently in residency at Iaspis. His projects have been presented at the 2012 Whitney Biennial and New Museum Triennial in New York, the Gwangju Biennial in South Korea, and the Tate Modern (UK). He was named one of 2012’s “25 New Faces of Independent Film” by Filmmaker Magazine, and is currently a Film Independent Project: Involve Fellow. His first feature WILDNESS won the Grand Jury Award for Outstanding Documentary at Outfest 2012.

Working across diverse media such as video, photography, performance, sound, installation, and drawing,Tejal Shah positions her work within a feminist and queer framework. She is currently interested in the intersections of art, ecology, and healing in relation to consciousness. Her works also focus on sex, sexuality, body, gender, and natureculture while challenging normative social hegemonies. Her latest project, Balcão, is unraveling a new thread in her praxis; it is a shape-shifting, collaborative, and community experiment in embodied learning on a small piece of land in Goa, India. Her works have shown globally in museums, galleries, and film festivals, including dOCUMENTA (13), 2012.